Along with efforts of health officials and workers, the support of local governments at all levels is crucial to providing better care for the public, the minister addressed a meeting in the central city of Da Nang on September 20 on the development of the local health care system. 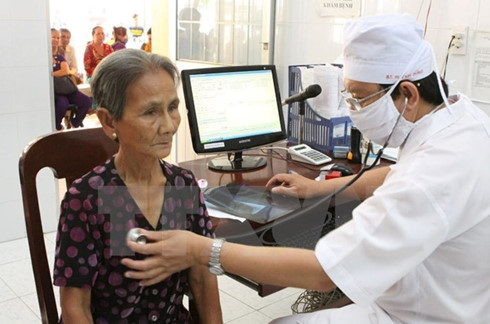 Tien noted that the health sector’s infrastructure has been improved and health insurance has covered 76.52 percent of the population.

A project to ease hospital overloads has also been underway, with many new health care facilities built, together with a network of satellite hospitals with doctors and medical technology transferred from central hospitals, she said.

Meanwhile, Shin Young-soo, the World Health Organisation’s Regional Director for West Pacific, spoke highly of the achievements of Vietnam in caring for people’s heath, especially efforts in raising people’s average longevity and enhancing the quality of care services for locals in rural and mountainous areas, and expanding the coverage of health insurance.

He said the sector should seek measures to eliminate the overload in central hospitals by investing more on infrastructure and equipment for local health care systems, thus meeting the demand of people.

Shin Young-soo also affirmed that the WHO will back Vietnam in giving heath care services to people as well as realising the country’s goals in heath care development.

There are no comments yet